Gagik Tsarukyan Charitable foundation has sponsored Vana Katu (The Cat from Van City) performance taking into consideration the importance of and the need for educational military patriotic plays in border regions of the military units.

Liana Antaranyan, the Director of The Warrior Theater Fund, will represent Vana Katu military patriotic performances in the border regions. This is a military patriotic project that will be implemented in the border regions for the military and is aimed to lift the morale of our soldiers. This play of Liana Antaranyn is dedicated to the centennial anniversary of the Armenian Genocide; it has a new approach to the issue, urging to learn the lessons from the past and avoid new mistakes. 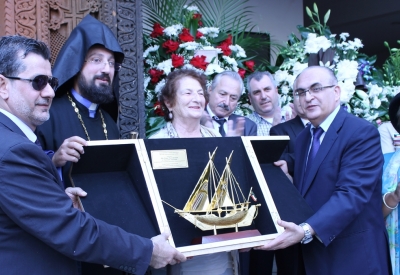