"Give to the one who asks you and the one who wants to take a debt, do not turn away". Follow the commandments of God and help others, this is the aim and the way of true Christian to approach to God. Perhaps it was because of their righteous conduct and compassion, that the Tsarukyan Family got God’s approval and blessings and began to build churches in their homeland. In recent years, the family has built and rebuilt 7 churches. Church of St. Mariam, the Mother of God in Arinj was the first that got a second breath thanks to the Tsarukyans’ charity. The church was built about 15 years ago and plays an important role in the region. It seems that the Holy Virgin from the height of the church has taken under her mighty wing all the Arinj and the protection of local residents. The Tsarukyans knowingly chose this place for the church. From the height of the church is visible the whole village, and ringing bells can be heard every morning from every corner of the village. After the construction of  St. Mariam’s church, on means of  the Tsarukyan family in 17 villages lacked of churches were established cross-stones as symbols of faith and Christian love. 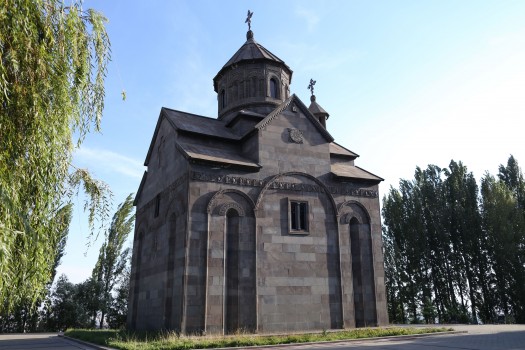 The church of St. Mariam was the first constructed church in the native settlement, but not the last. At once after construction of the first church, the Tsarukyans assumed reconstruction of the other church of the same name of St. Mariam in Arinj which within centuries had turned into ruins. About its chronicle there are no exact facts or records. However, according to the church architect Samvel Stepanyan, the architecture of structure allows to assume that it was constructed from 9-10 century. The architect tells that during cleaning of ruins the sculpture with the lion's head was found which reminds the coat of arms of times of Bagratid dynasty. Thanks to the sculpture it is possible to assume that the church could be constructed in board of this dynasty. The family also restored the fence of the fortress around the church. 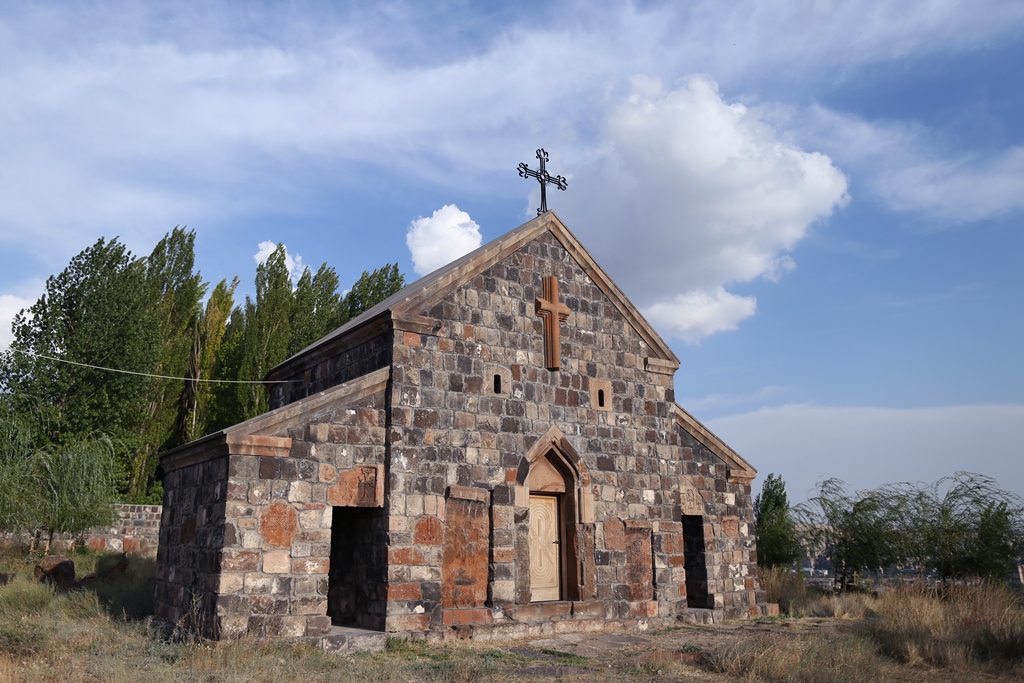 Continuing the construction of churches in their native Arinj, the Tsarukyans also took on the full restoration of the chapel Karmravor located in the north of the village. The chapel is one of the most ancient memorials in Arinj and dates from the 13th century. It was built from the local multi-colored polished tuff and surrounded by medieval inscribed khachkars and tombstones. The chapel is the visit card of Arinj and has a special value in its dating.

Construction activity of the Tsarukyan family begun with the native settlement reached Ayrum border. Having promised to realize longstanding dream of having church Gagik Tsarukyan in the spring of 2007 put the first stone of St. Hovahannes church and announced the start of construction. The Tsarukyans consistently followed so that the church was built in the very short term. As it was promised in a half years the church of St. Hovhannes opened the doors for the Christians of the village. Every good work paves the way for itself, especially when there is an iron will, strong faith and the Lord’s blessing. Each built church itself was the beginning of the next, the continuation of which was blessed and predetermined by Lord.
In 2005 the family decided to build the church of one of the most important saints of the Armenian Apostolic Church, St. Hovhannes the Baptist. The construction began in 2006 and lasted for long 7 years. More than a hundred sculptors and decorators, architects and muralists, builders and workers joined the work.
Work didn't stop round the clock. The church occupied the whole family's thoughts, each stone and each sculpture gave new emotions and excitements. The result was amazing and remained outside of human boundless imagination. Saint Hovhannes the Baptist's church in the size 10.000km raises over all city. From its majestic height is symbolically seen proud, snow-white Aratat as Dumb Witness of history of the Armenian people. 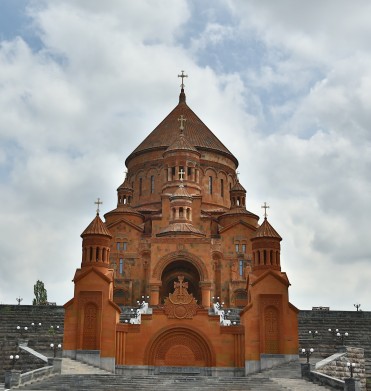 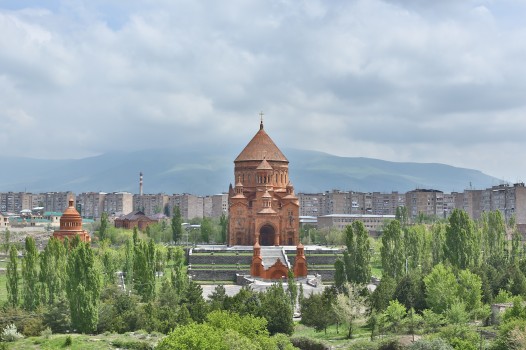 The residents of Nubarashen have been waiting more than 8 decades to have their own church. It was the promised gift of Mr. Gagik Tsarukyan to 10,000 population of the district.  Considering their request 2, 5 years ago, Gagik Tsarukyan promised that in the shortest terms the district will have church.
Construction started in 2012 was completed in 2.5 years. The only church of the district which is called Surb Nahatakats, was constructed in memory of 1,5 million innocent victims of the Armenian genocide. The opening of church symbolically coincided with the 100th anniversary of the Armenian genocide. Architectural concepts of church are related with traditions of medieval church construction. Ornaments and sculptures symbolize the Armenian Genocide. The author of the project of church is the honored architect of RA Artak Gulyan. 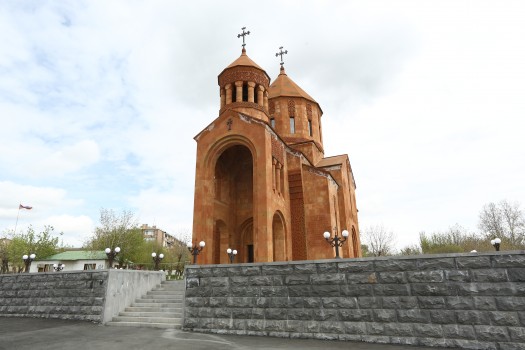 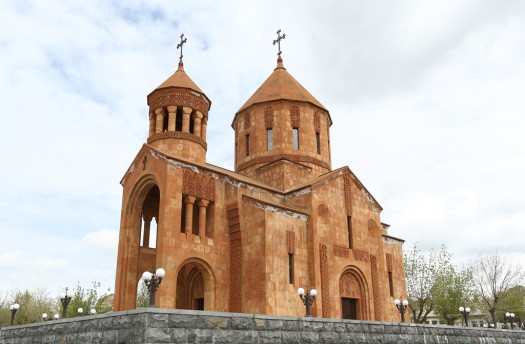 Man proposes, God disposes. After the construction of each church, it seemed to be the last, but each end is the beginning of something new. It is possible that the family’s mission wouldn’t be completely over without the last 7th church. It was to be built in Nor Hachn at the request of local residents. In 2010, during the celebration of city's anniversary learning about the long-standing desire of residents to have a church, Gagik Tsarukyan promised to fulfill it. In the same year, construction began and it was decided to build it on the memorial erected in memory of the soldiers of Nor Hachn killed in the heroic battle. It took about 5 years to the structure received its final appearance. The 7th church has a special significance and was built in the heart of Nor Hachn. The Tsarukyan Family gave it the name of the Holy Saviour and built it in gratitude to God. 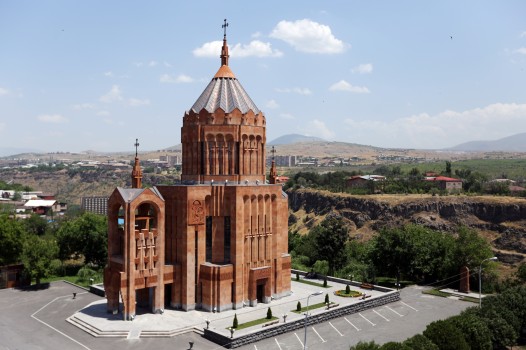 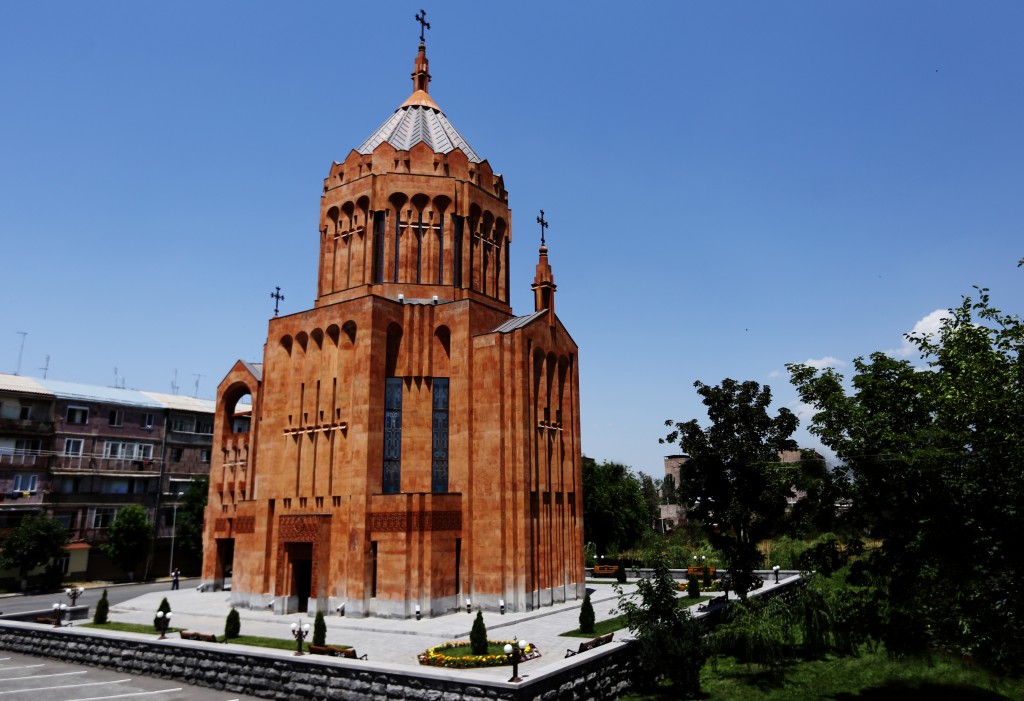 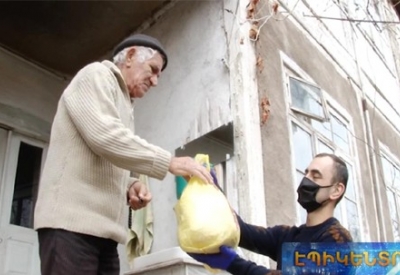