At the invitation of His Holiness Catholicos Aram I of the Holy See of Cilicia NOCA President Gagik Tsarukyan paid a working visit to the Republic of Lebanon. 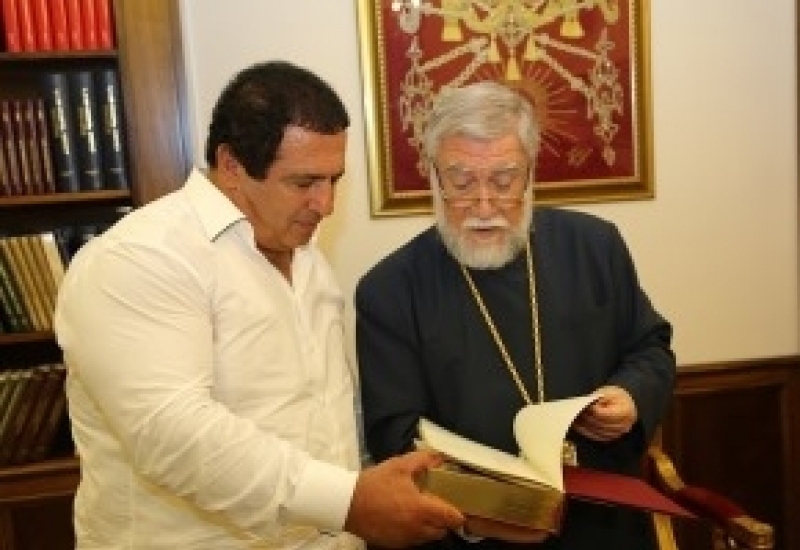 At the invitation of His Holiness Catholicos Aram I of the Holy See of Cilicia NOCA President Gagik Tsarukyan paid a two day working visit to the Republic of Lebanon on 24th of July. Hakob Bagratuni, Armenian deputy of Lebanon National Assembly, along with the Armenian Community members, has met the Armenian national sports leader at the Lebanon International Airport.

His Holiness Catholicos Aram I of the Holy See of Cilicia received Gagik Tsarukyan in the Veharan, the location of the Catholicos' residence, Holy Mother Chapel. His Holiness Catholicos Aram I expressed his gratefulness to Gagik Tsarukyan for accepting the invitation and visiting Lebanon, and emphasized the importance of every initiative that is aimed to strengthen Armenia-Diaspora ties. His Holiness noticed that Armenia-Diaspora-Artsakh unity is a single unity that definitely brings to one another’s prosperity and strengthening.

His Holiness mentioned that he is well-informed about the charity activity of Tsarukyan in his motherland and in Diaspora, as well as closely follows the events happening in Armenia. His Holiness Catholicos Aram I of the Holy See of Cilicia highly appreciated the efforts of benefactor that is aimed to support Armenians and strengthen Armenia as well; emphasizing that Gagik Tsarukyan is very popular and loved person among Armenians in Lebanon.

The Leader of the Berio Diocese of Catholicate of the Great House of Cilicia, His Eminence Archbishop Shahan Sarkissian mentioned that in the last five years of Syrian war Syrian Armenian Community is in n worried situation and had many losses. The Leader of the Berio Diocese notified that especially the Armenian schools have stood before many obstacles.

Listening to the concerns of presents Gagik Tsarukyan expressed his gratitude to His Eminence Archbishop Shahan Sarkissian for the invitation and noticed that it was an honor to visit one of the most strength and viable Armenian Communities. Gagik Tsarukyan highly praised the efforts of His Eminence to strengthen Armenian-Lebanon friendship, mentioning that in Arabian world Lebanon has a unique importance for Armenia and Armenians.

“Every Armenian should help their compatriots in need,” told Gagik Tsarukyan and informed that he is donating 500.000 UDS to the Syrian-Armenian Community and Holy See of Cilicia.

“Supporting Syrian-Armenians is a national issue, therefore we should demonstrate nationwide support to them,” told His Holiness Catholicos Aram I of the Holy See of Cilicia expressing his gratefulness to Gagik Tsarukyan for his support. The present people also praised the benefactor and made sure that it would inspire frightened Syrian-Armenians who are in war and would make them new strength.

At the end of the visit Gagik Tsarukyan presented a silver cross to Catholicate and raised a hope that it would protect world spread Armenians.

His Holiness Catholicos Aram I of the Holy See of Cilicia in his turn presented symbolic souvenirs to Gagik Tsarukyan and mentioned that he would always be very glad to host him in Lebanon.

Next step of Gagik Tsarukyan was Antelias where is located the complex of the Catholicosate of the Great House of Cilicia, that includes St. Gregory the Illuminator Cathedral built in 1940, The Catholicosate Library (established 1932), "Cilicia" church museum (1997), Chapel dedicated to the memorial of the victims of the Armenian Genocide, built after the donation of Armenian-Cypriot Vahram Utidjian. the "Veharan", the location of the catholicos' residence.

The main cathedral called St. Gregory the Illuminator Cathedral was built through the donation of an unknown benefactor, whose name was kept a secret until his death according to his wishes. His name, Sarkis Kenadjian, was revealed only after his death.

A chapel in memory of the one and a half million Armenian martyrs was built, followed by a residence for the Catholicos and a new Seminary building, constructed one after the other. The chapel was built after the donation of Armenian-Cypriot benefactor and art collector Vahram Utidjian. Catholicos Sahag II died in 1939. However the Museum is a much later development and built and inaugurated in 1997.

Gagik Tsarukyan also visited Lebanon’s Armenian national college where he has been received by Armenian Diocese Bishop Shahe Panossian along with governmental, administrative and community representatives.

“In this college our youth must get accurate Armenian education and keep alive the spirit of patriotism,” mentioned Gagik Tsarukyan and assured that he would also make an important contribution.

Gagik Tsarukyan contributed 500 books and sports clothing to the college.

Gagik Tsarukyan have met with the Armenians of Lebanon and noticed that it’s a great honor to meet one of the greatest Communities in Diaspora that hold high the name of Armenians.

“Our strength is in our unity,” told Gagik Tsarukyan , mentioning, that only being united Armenians can overcome the obstacles and make their motherland a prosperous country. “Gagik Tsarukyan” Charity Fund is ready to support Panamanian projects, told NOCA President Gagik Tsarukyan.

Armenian Diocese Bishop Shahe Panossian expressed his appreciation to Gagik Tsarukyan and told that the benefactor’s attention to the Armenians abroad would give them more confidence and strength.

At the end of his two day visit to Lebanon NOCA President expressed one more time that he would make every effort to strengthen Armenia-Diaspora ties. 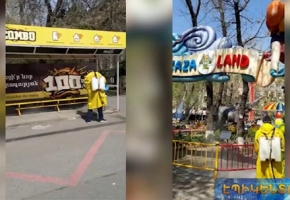 Disinfection in the center of Yerevan 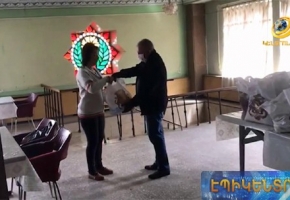 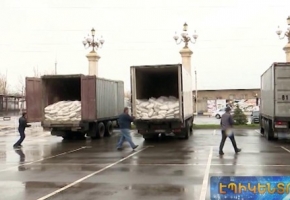 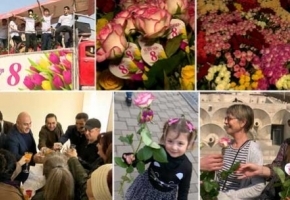 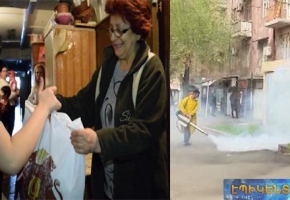 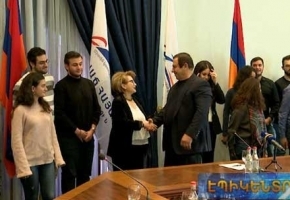 Lebanese-Armenian students will continue their studies in the homeland 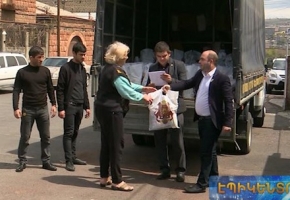 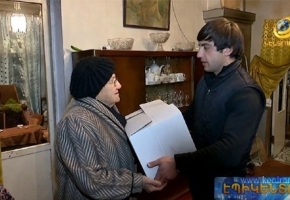 On the eve of the New Year, a big social initiative in Gyumri 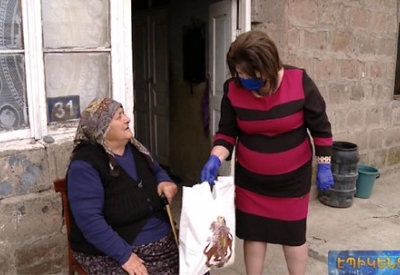