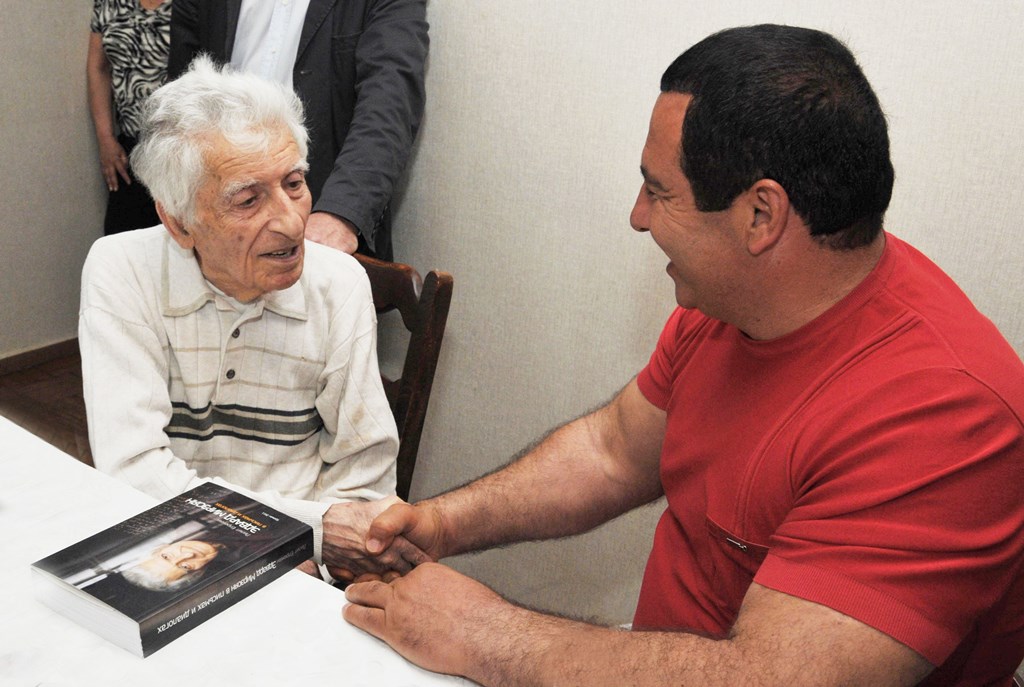 With the help of charity foundation 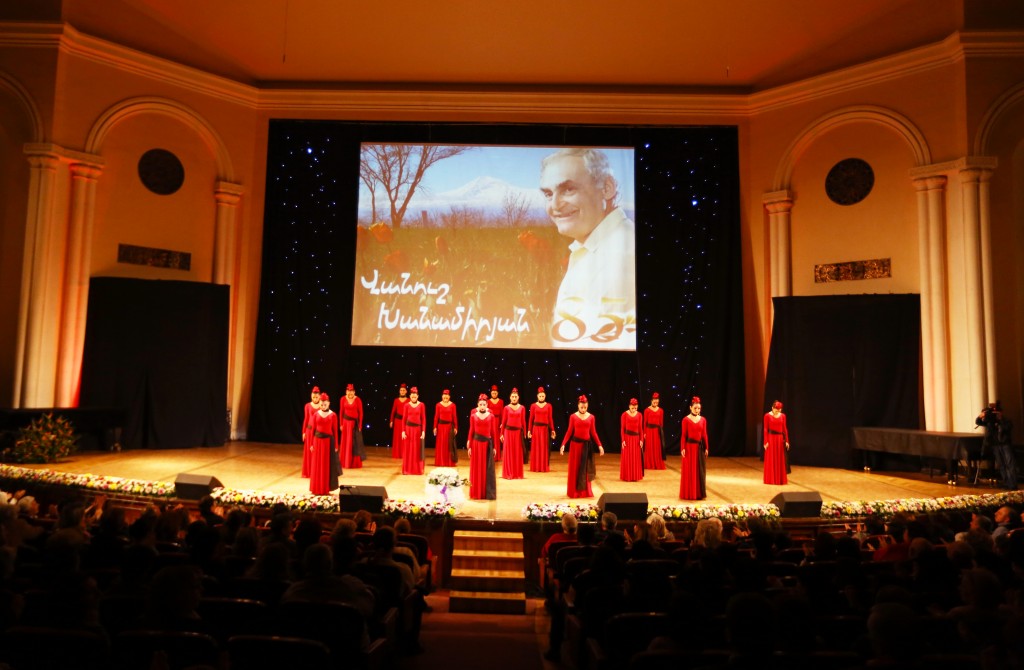 Gagik Tsarukyan doesn’t stop on the done work and continues to expand the help and to include more and more areas in programs of charity fund. The Armenian theater isn't an exception, 3 years in a row being the main sponsor of the state festival

One of the initiatives of the fund that had big publicity was a number of events, 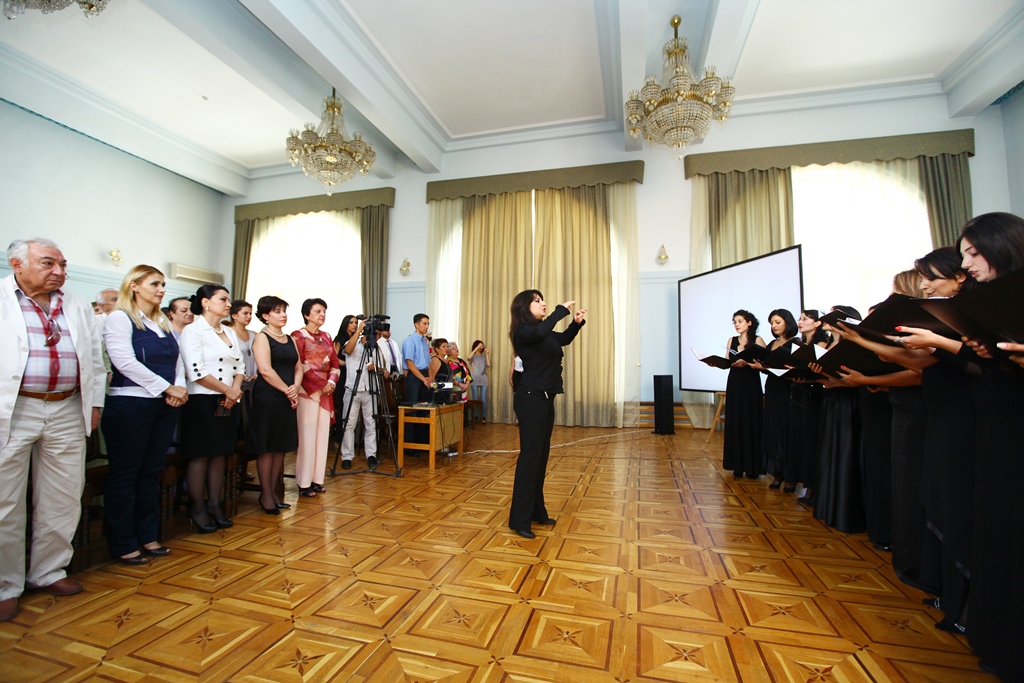 The fund for long years sponsors large-scale cultural projects the lion's share of which is carried out in the framework of the program The program The main purpose of the program is to help promising, successful projects in education, science and culture spheres.
This is not just charity and deliberate investment in the future. 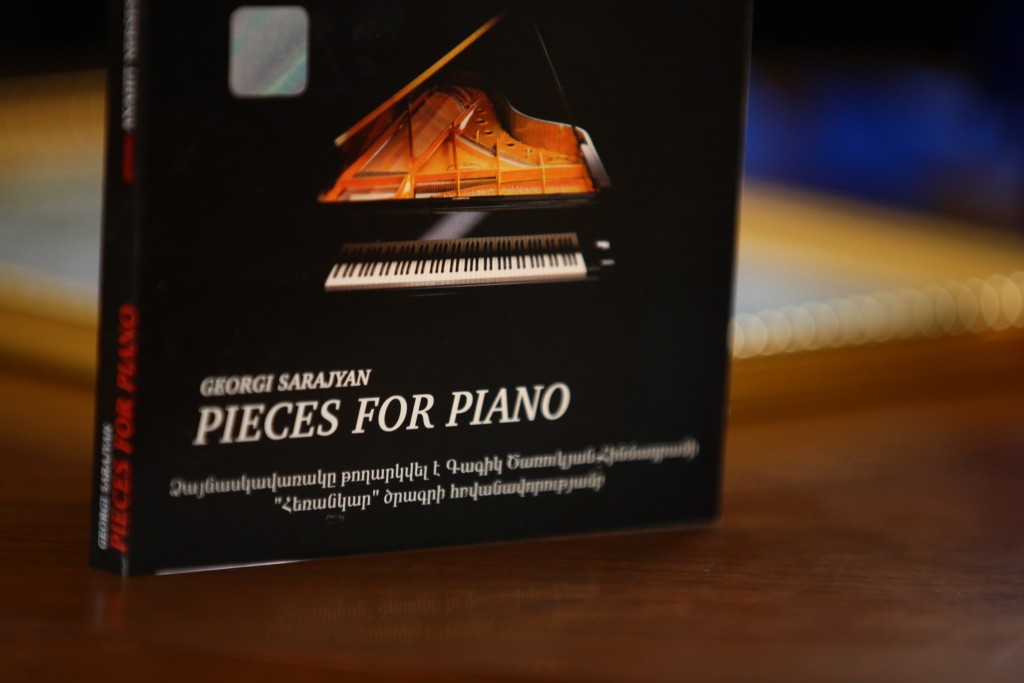 The It has become an example for Armenian business community, following it everyone will benefit, the society, the government and the business itself, which has to be an active members of society.Within one year of activity of the program 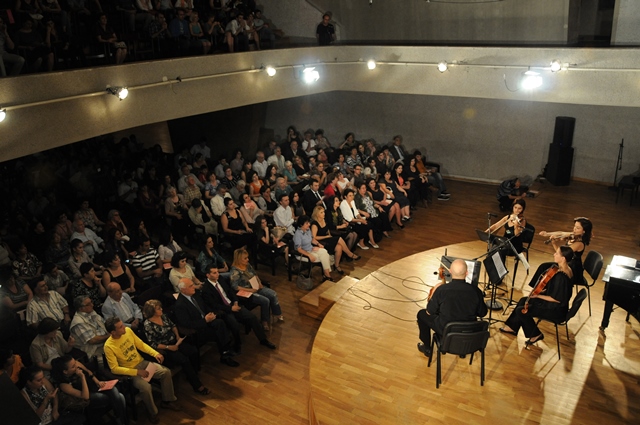 For many During the year Especially had broad participation and active comments the programs which were carried out at schools and universities. 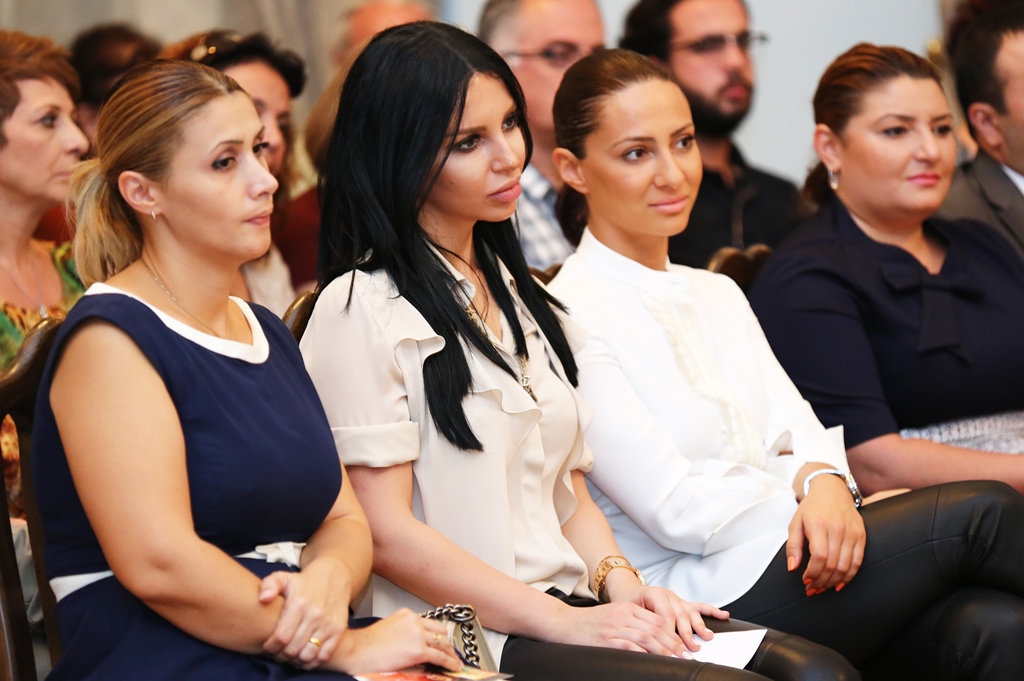 The projects implemented for children and young people with their participation are primary forwithin a year, we tried to create such mechanism of selection which would provide the maximum objectivity.Will continue further similar initiatives for various age and social groups. 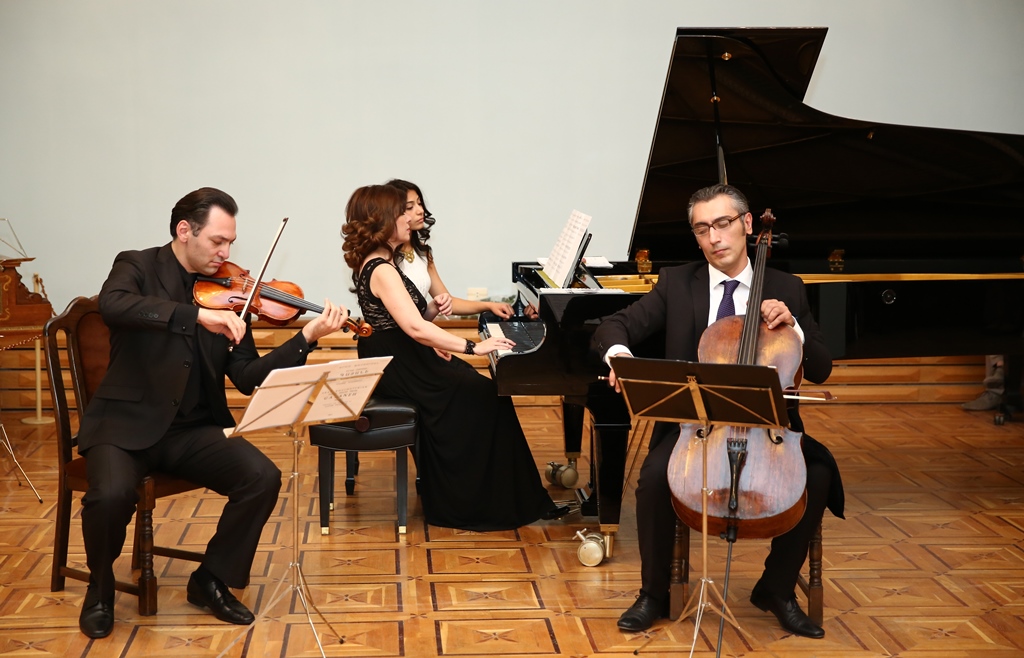 Two major tasks are the cornerstone of all programs: to provide the maximum participation and to carry out interesting, actual ideas in education, cultures and sciences. Our purpose consists in creation of equal opportunities for all, regardless of social conditions. 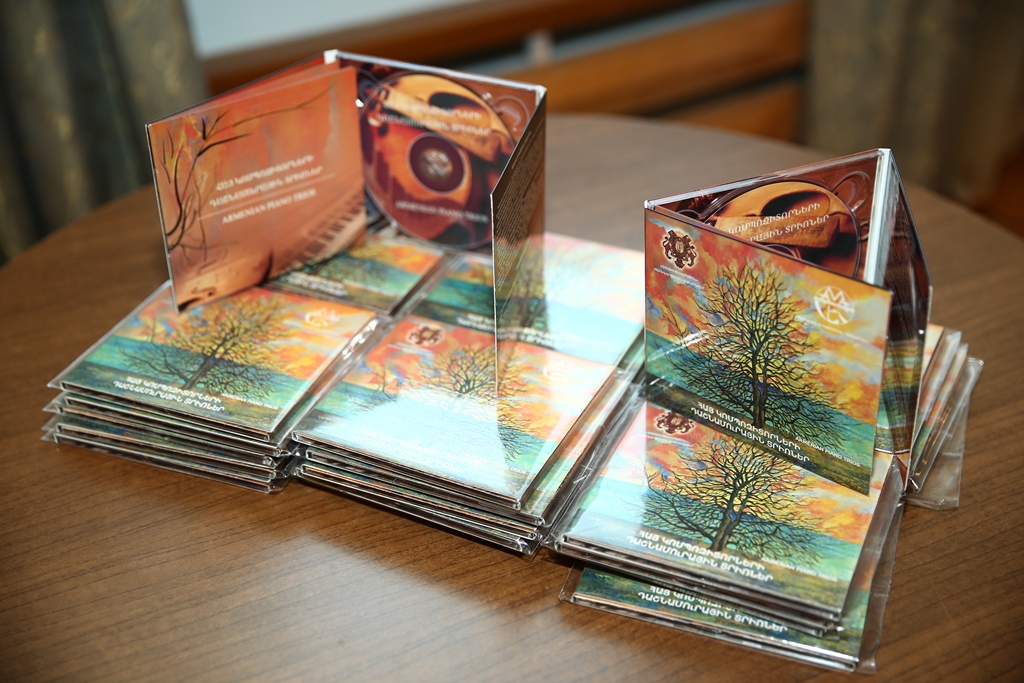 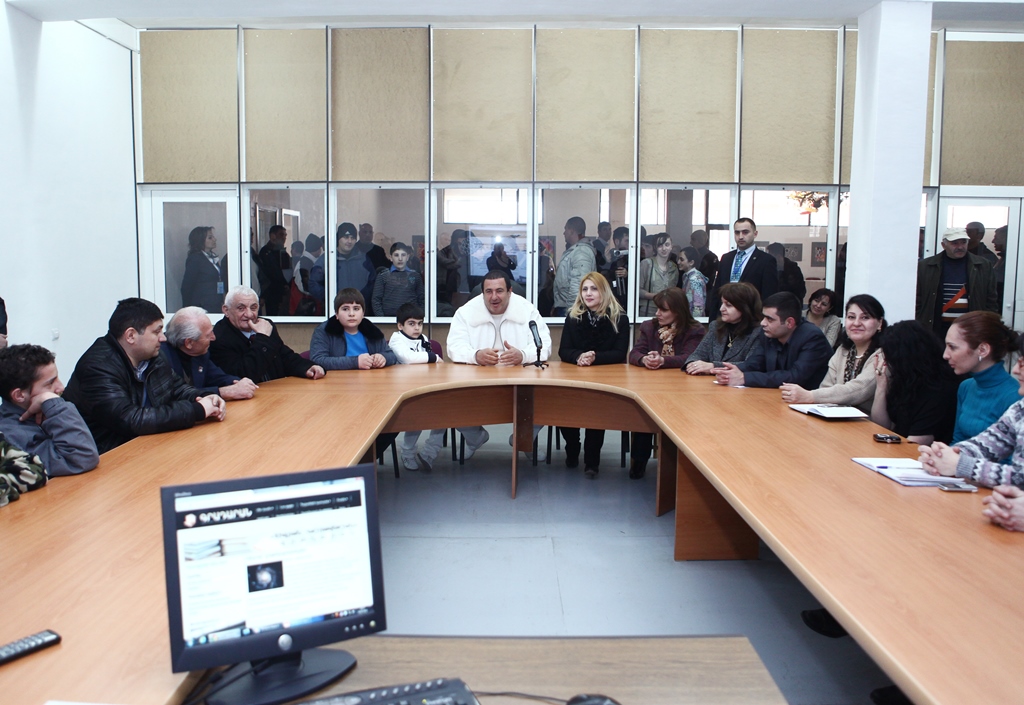 About 500 pupils of high schools, teachers, various organizations both physically and virtually via the Internet participated in the exhibition. The participants presented their projects, which were to be made with the help of any digital technology. For the best works were established prizes.
The program 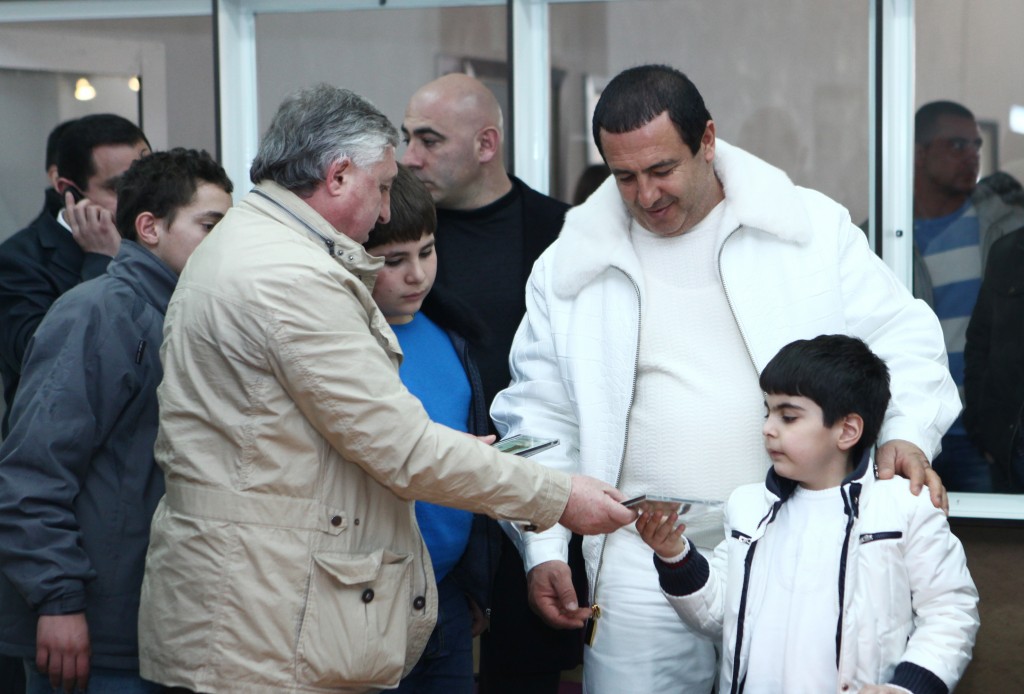 Komitas State Conservatory of Yerevan has always had a high reputation in the world. Today, many of its graduates play in the best music groups of the world and are very popular. The Conservatory taught many famous musicians.Local and international competitions are often organized in the only higher musical institution of our country. The conservatory needs equipment of the 21st century for high-quality music education. The program

a) Listening room has been remodeled creating new, modern conditions for students.

b) The best students-musicians received nominal grants of Gagik Tsarukyan. 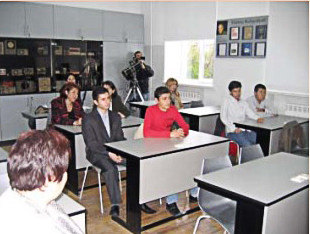 From the International Olympiad in astrophysics held in China from November 8th to 16th, the team of Armenian students came back with an unprecedented success, with two gold and one silver medals.

The School Olympiad was organized for pupils aged 14-18. The purpose of the Olympiad was to find talented, gifted young people, to develop an interest in astronomy among young people and to strengthen international relations in the field of school education of astronomy and physics.

An important part of the Olympiad was the intellectual competition consisting of three stages: theoretical, practical, observation, during which were given the task of various kinds of astronomy, astrophysics and celestial mechanics. The international schools Olympiads are considered important events. They are directly linked to the name and reputation of the country. According to experts, the current challenges in international competitions are so difficult that only exceptionally gifted pupils achieve success. 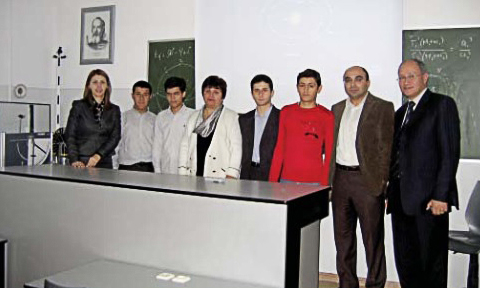 The success also speaks about the level of development of science aneducation in the country. At the Olympiad in China more than two dozen countries, including, Russia, Brazil, Bulgaria, China, India, Iran, Italy, Korea, Romania, Sweden, Serbia, etc. took part. The desire of the program

On November 2, 2009 the Brazilian city of Salvador hosted international meeting of Innovative schools and teachers innovators.The main organizer of this international event was the world-famous company Microsoft.For participation in the meeting a competition was announced where 184 seminaries from 41 countries took part from which were chosen in total 31 schools.After the first qualifying stage in Armenia were elected 5 innovative schools, from which after the second international qualifying round, was elected the school after The program In Brazil the school was represented by Margarita Sargsyan and Lucine Petrosyan. Within EXPO electronic materials, video packages were presented.Videos and movies of the Armenian pavilion fascinated everyone, and during the whole exhibition our table was the most visited. 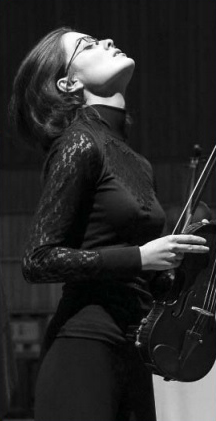 Lusine Harutyunyan is one of the scholars of "Perspective>. She studies in the third year of Komitas State Conservatory of Yerevan at Orchestra faculty, string instruments department. Repeatedly has taken part in national competitions winning prizes.

She has represented Armenia at the Delphic games of the CIS countries, winnig won gold and bronze medals.

Also has taken part in the international Tadeusz Wronski solo violin competition and has been awarded by the special diploma of the first degree and two special awards.

This is a unique program, whose author is a musicologist, Professor Armen Budaghyan. He has a rich practice in working with children and young people. Within this program under his guidance in public schools will be organized concert lectures, which are designed for direct communication between musicians and young people for the acquaintance with different genres of music, musical instruments and art history. They will contribute to the creation of new generation which will love and evaluate art, and also will be familiar with national cultural values, world famous musicians and world culture. 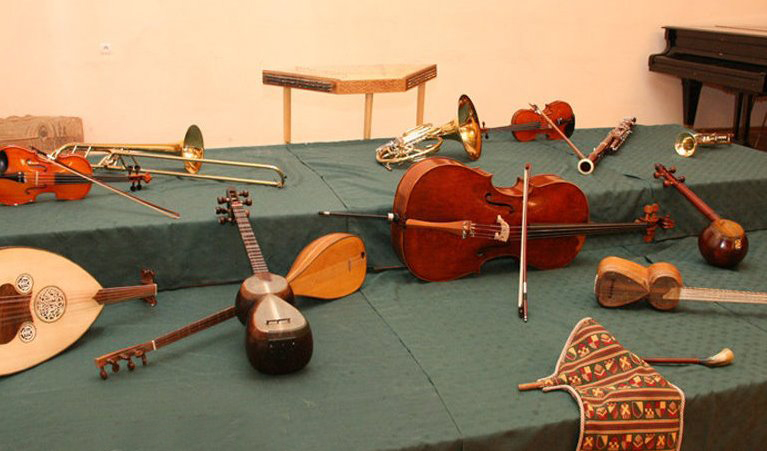 Very often the lack of music education in children is connected only by the lack of basic information. A family where adults have no music education, children simply don't understand importance of obtaining such knowledge, and they seldom form the correct musical taste and musical knowledge base.This program can be very important guide for many children, helping them to orient with various musical directions, to distinguish musical instruments and their characteristics, to understand value of high quality music and to see its importance in everyday life.Many may continue their studies in musical direction became interested in musical instrument.The most important is that children can open for themselves classical or high-quality music.The program 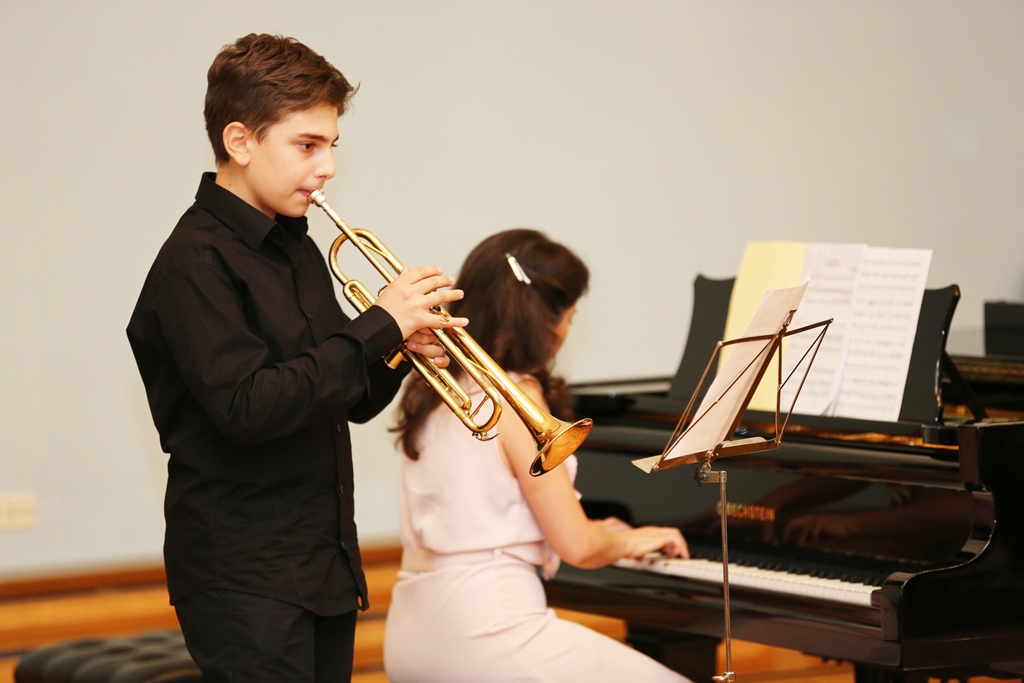 Not all young pianists become soloists, moreover many of them choose other ways of professional development. Many become concertmasters, a profession that is respected by all true professionals.In 2010, March 26-30 in Yerevan the second National Competition of Young Concertmasters named after Heghine Ter-Ghevondyan took place. Pupils of music schools of the whole country, students of high music school after Tchaikovsky, students of Komitas State Conservatory took part in the competition. Igor Yavryan, professor, the dean of Piano faculty was the chairman of jury.
Competition took place with assistance of the program

In 2010 on May 15 a unique of its kind international event, the 4th International Olympiad IYIPO-2010 of youth innovation programs was held in Tbilisi. School students took part in this scientific competition presenting their ideas and projects.Armenia was represented by the students of the 10th grade of school after Travel expenses of our participants were paid by the program

The concept of school subscription was widely used in Soviet times, giving children the opportunity to learn the culture and the arts. In 2010 thanks to the program Throughout the spring, thousands of students and teachers had the opportunity to attend concerts of Armenian and European music performed by famous bands.
Subscriptions were distributed in the schools of the capital. 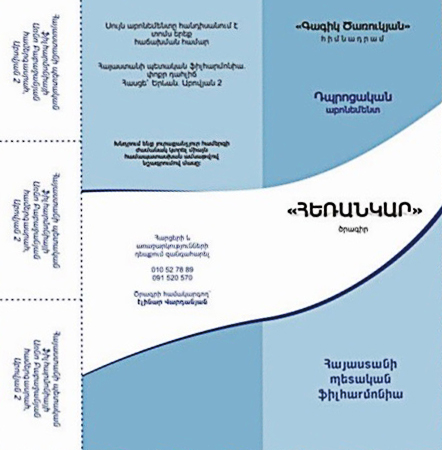 The concerts were unique by the nature because musicians commented on the performed works, told biographies of composers and history of creation of musical instruments.

Next day after a concert pupils and teachers discussed heard in the classes. Exactly for this purpose the project was conceived. If at schools and classes the interesting atmosphere is created, interesting ideas will be born and realized quicker. 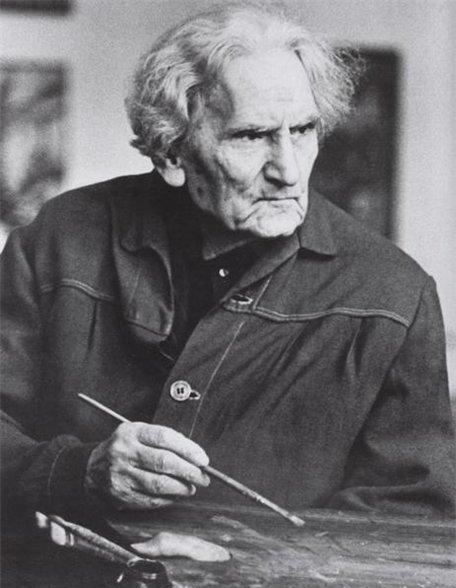 From now on the doors of the house museum of Martiros Saryan will be open for pupils and teachers for free visit.

This year thousands of pupils will have opportunity to get acquainted with works of the great artist, having free tickets. It is one of those projects which has a cultural, educational and upbringing component.

'' This is a very important initiative to create a link between schools and cultural centers. The fact in itself is commendable; to impart to new generation respect for cultural values'', told the director of a house museum after Martiros Saryan,

Health of the young generation is the most important

On May 31, on Charles Aznavour Square in Yerevan the humanitarian fund The event was sponsored by the program It was possible to see many popular singers, athletes and simple passersby on the square.All countries of the world spend billions a year for fight against smoking. Nevertheless, the results are still unsatisfactory.Every year, 5 million people die from tobacco use. To have an idea of the figure, we bring a simple comparison. The number of deaths from smoking exceeds the number of deaths from HIV / AIDS, tuberculosis and malaria togather taken.Smoking is considered the most dangerous.In Armenia 27% of the elderly population (from 16) are regular smokers and use tobacco every day. Men make 52 percent, and women 48.Fund "Gagik Tsarukyan" attaches great importance to social projects aimed at public health that promote a healthy lifestyle. Program 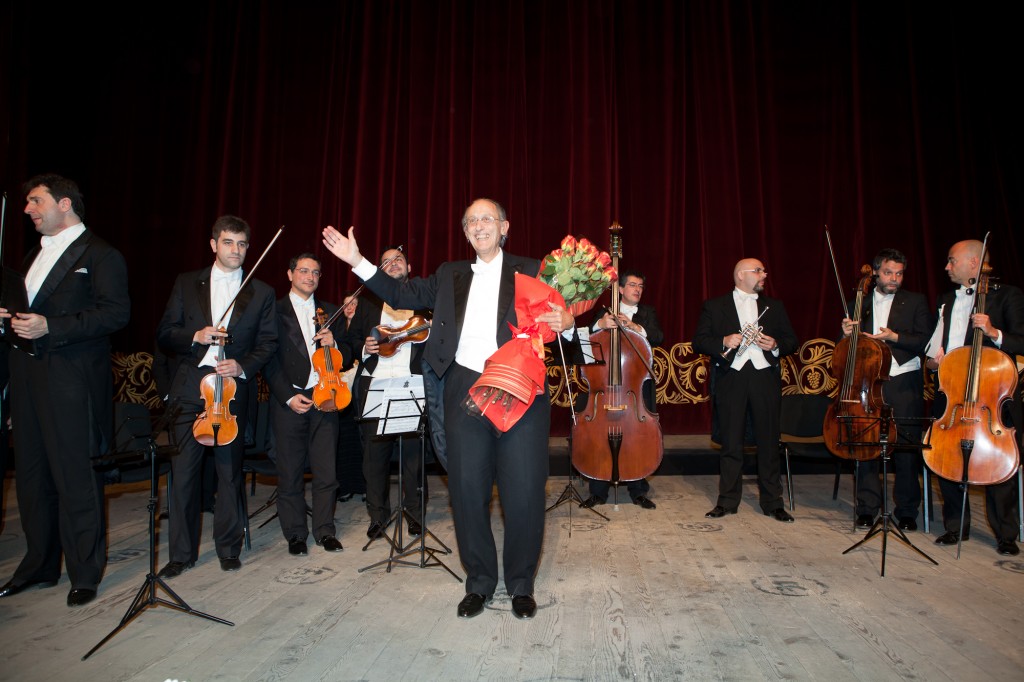 The premiere was scheduled for March 21. Just a few days before the premiere, it turned out that some important decoration was lacking. There was very little time to find commercial sponsors. Organizers of the performance appealed to the program The program helped them immediately. The premiere was held, as scheduled, on March 21 at Theatre of Opera and Ballet after A. Sepdiarov. 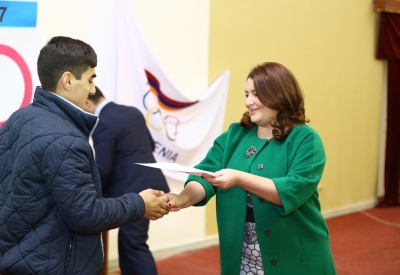